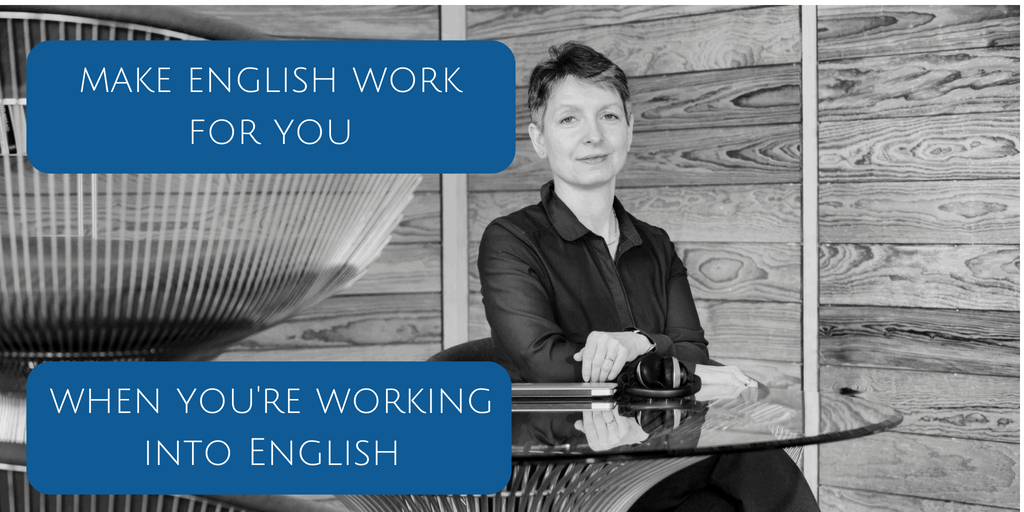 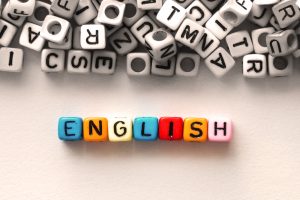 In any situation in life where you want to excel, it makes sense to work to your strengths and find ways to compensate for your weaknesses. Interpreting is no exception. Adapting to the situation you find yourself in, and using your advantages strategically means making the most of your own strengths and talents (the way you express yourself in your mother tongue, or the fact you’re not afraid of numbers).

However, your personal skills as an interpreter are only one side of the coin. The other side is the tools at your disposal. The right tools can help you do a good job. Maybe you use glossary tools or a tablet in the booth to improve your performance, or you own a particular headset which offers excellent sound quality.

I have in mind something else, though. Rather than tools such as the equipment, the headset, your notepad or glossary, I’m thinking of the language itself, and how you use it. After all, language is your primary tool when you’re working as an interpreter: language is what you wield, mould and shape to your purpose, in order to convey the speaker’s message. Much of the joy of interpreting, in fact, lies in manipulating language.

Not all languages are born equal, though. In the same way that you’re better off making grilled vegetable kebabs than soufflé if you’re cooking on a barbecue, if you’re working into English, you need a particular mindset. Don’t try to work into English in the same way as you would work into Italian, Japanese or Russian. Make English work for you, not against you.

Today I want to focus on how you can turn the very features of your target language, English, to your advantage.

When interpreters have an English B and are working from their mother tongue into English, they may enjoy it for reasons no more complicated than a) they understand everything that is being said by the speaker, and b) their English is pretty strong, and they feel comfortable using it.

I think it’s worth giving a little more thought to why English can be such a great language to work into, whether it is your B language or your A. With a deliberate awareness of the useful features of English, from an interpreting perspective, you can think strategically and improve your interpreting performance.

The joys of working into English

If you’re multilingual, you may feel, as I do, that languages have personalities. Just as an individual can be romantic, surly, crisply practical, informal or abrupt, so can a language (if you’re willing to entertain a few clichés, and a healthy dose of subjectivity).

Greek is quite good at sounding hectoring, but also redolent with layers of history. French can sound impressively abstracto-intellectual. German can be blunt and punctilious. And every language has to be manipulated differently for the speaker (and the interpreter) to sound intelligent, which is generally what he or she is aiming for.

So what is English good at (or good for)?

Well, as it’s a global language, listeners tend to be rather forgiving. After all, most people these days are accustomed to hearing several varieties of English, including American English, and probably Globish as well. I won’t get sidetracked into a rant about the evils of Globish, since this is supposed to be a relentlessly positive post. Instead, I want you to think about how fortunate you are to be working into English, instead of a language that, say, has an Académie, and frowns on any loan words whatsoever. So you can generally be confident that your audience will have a more flexible view of what constitutes ‘correct’ usage than if you were working into French, say. On the whole, people listening to the English booth are not overly pedantic, unlike some members of the booth itself (believe me, I’m one of them); and let’s not forget, many listeners are not native speakers of English themselves, so they are hardly likely to quibble over a split infinitive. That leaves you free to relish the fact that you can use all the buzzwords and neologisms making the headlines, that are so often difficult to translate (‘upskirting’ was a topic of debate in the British media last week, for example), and enjoy not having to do mental gymnastics to translate acronyms.

A further advantage of English is that there is such a wealth of material, both in print and online, that you can easily research any topic under the sun, and pick up all sorts of useful phrases to inform your interpreting. This is very helpful when preparing for assignments and working on your English retour.

Make English work for you

Research and preparation are not interpreting skills per se, and your audience’s benevolent disregard of any infelicities of language may be an advantage, but is also beyond your control.

There are, however, many intrinsic features of English that you can control in order to improve your interpreting performance. Here are a few of them:

I see I’m beginning to drift off course, so let me get back to the point. English is irritating in many ways. For example, what idiot invented the spelling system? * 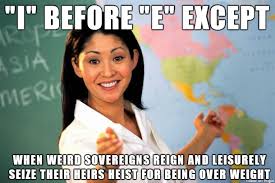 But it’s also packed with features that are useful to interpreters. Make the most of them! Play to the strengths of the language. And by that I mean, when you’re practising interpreting into English, give some conscious thought to how you can use voice, exploit the versatility of the language, and above all, be concise. This approach will release some of your ‘processing capacity’, freeing up mental space so you can concentrate on the message you’re trying to interpret. If necessary, write a little reminder on a Post-It note and have it in front of you in the booth (‘Be concise!’, or ‘Intonation’).

To my mind, there is no better evidence of the importance of these aspects of English than the fact that the hallmark of a good speech is often humour. Even a politician’s speech on a formal occasion such as a Party Conference will be rated highly if it combines gravitas and authority with wit and self-deprecation. And what does humour rely on, if not a degree of informality, idiomatic English, and intonation to build rapport with the audience and highlight the punchline?

Look out for my next blog post, when I will have more to say about conciseness (or concision, if you want to up the register).

In the meantime, I’d love to hear from you. What features of English help you interpret better? Leave a comment below the blog post!

* A poem about spelling

I take it you already know
Of tough and bough and cough and dough?
Others may stumble, but not you,
On hiccough, thorough, lough and through?
Well done! And now you wish, perhaps,
To learn of less familiar traps?
Beware of heard, a dreadful word
That looks like beard and sounds like bird,
And dead: it’s said like bed, not bead –
For goodness sake don’t call it deed!
Watch out for meat and great and threat
(They rhyme with suite and straight and debt).
A moth is not a moth in mother,
Nor both in bother, broth in brother,
And here is not a match for there
Nor dear and fear for bear and pear,
And then there’s dose and rose and lose –
Just look them up – and goose and choose,
And cork and work and card and ward,
And font and front and word and sword,
And do and go and thwart and cart –
Come, come, I’ve hardly made a start!
A dreadful language? Man alive!
I’d mastered it when I was five!